Becoming Hercules is a premiere Kindle Vella serial from the mind of Galaxy Games author Greg R. Fishbone. Initial episodes will debut in mid to late July with additional episodes releasing weekly.   This young adult mythic fantasy is based on lost myths hinted at in the 2nd Century travelogues of Pausanias. The story twists Greek mythology in unexpected directions and follows the Mythoversal mission of restoring diversity and inclusion to classical tales.   You will be able to read Becoming Hercules on the Vella platform on Kindle for iOS, through Amazon.com, and through the upcoming Mythoversal Premium service.

“Becoming Hercules is grounded in Greek mythology. But instead of the heroes we usually read about, we’ll follow some lesser-known characters who must discover extraordinary strengths and powers of their own in a world that has no Hercules…or at least not yet.”
— Author Greg R. Fishbone

Pyrrha is the spawn of a dragon. Alkis is the disgraced daughter of a powerful merchant. Iphicles is a small-statured soldier. In seven-gated Thebes, they will gather to redeem their honor, save their kingdom, and uncover shocking truths.
With one foot in Greek mythology and the other in modern fantasy, this coming-of-age drama is sure to delight fans of will delight fans of Circe, Song of Achilles, Lore Olympus, and Rick Riordan’s Percy Jackson series.

Becoming Heracles is inspired by characters and settings from the Theban Cycle of Greek and Roman Mythology, drawing from works by Homer, Sophocles, Aeschylus, Ovid, and travel writer Pausanias.

PYRRHA:   Pyrrha Creonide is a child of prophecy who struggles with supernatural forces in a bid to control her own destiny. ALKIS:   Alkis is a daughter of wealth and privilege who must start over at the bottom after losing everything she’s ever had. IPHICLES:   Iphicles, Son of Amphytrion, is an ambitious young soldier who seeks to revolutionize his father’s army. 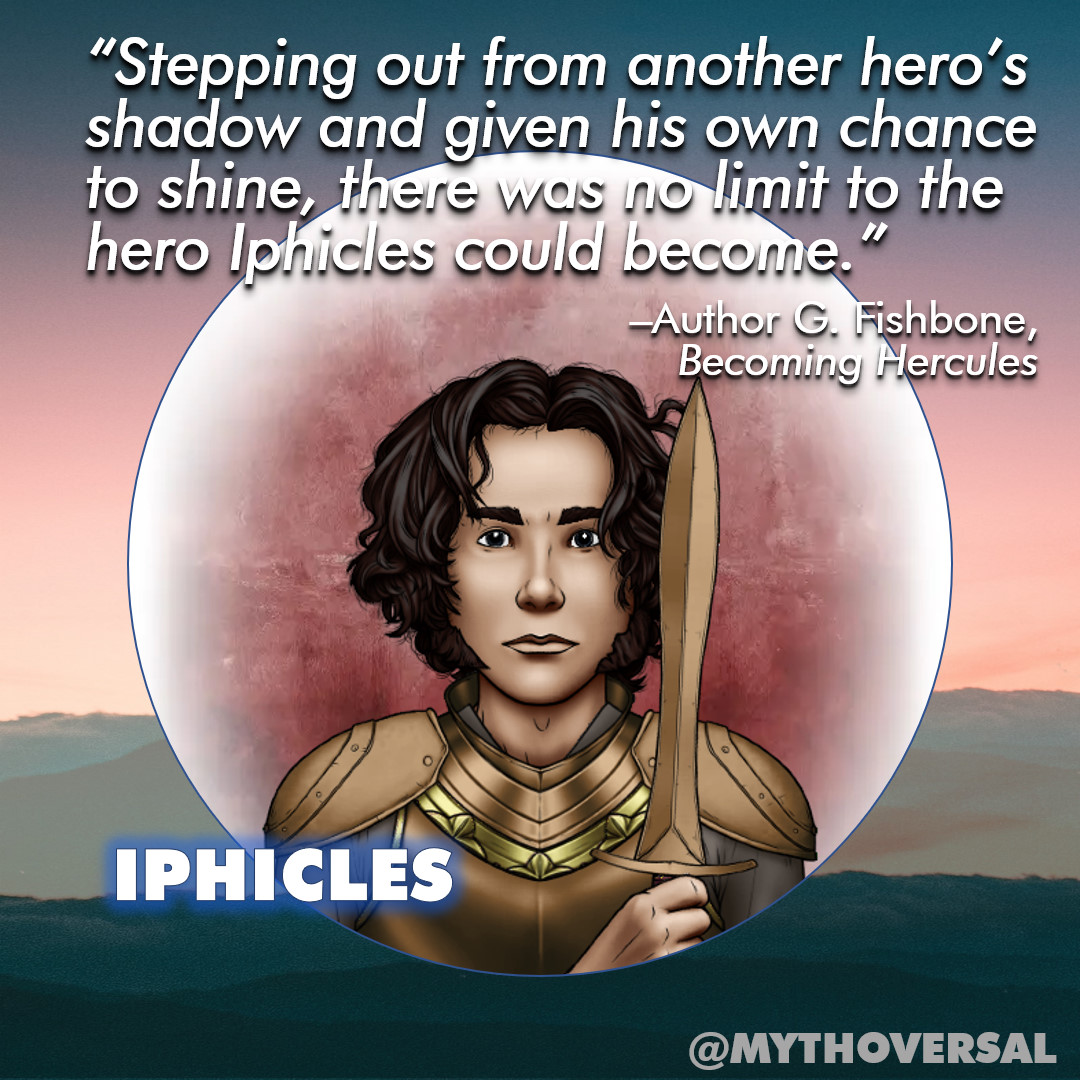 The rest of the story is populated by gods, heroes, monsters, and just plain folks.

The Characters of Becoming Hercules

In Greek mythology, the Theban Cycle is a collection of stories set in Boeotian Thebes during the Cadmeian Dynasty. The versions of these stories that would have been told in ancient Thebes have mostly been lost to us. Instead, we have the more prominent works of Athenian playwrights, who used a twisted version of Thebes as a socially acceptable stand-in for Athens, allowing cover for coded criticism of Athens, its culture, and its rulers.   Mythoversal Thebes is a speculative reconstruction of the Theban Cycle based on existing sources, modern archaeology, and a whole lot of wild imagination.

The story before the story starts

Starting in mid to late July, you will be able to read Becoming Hercules on the Vella platform on Kindle for iOS, through Amazon.com, and through the upcoming Mythoversal Premium service.

This story was originally written in prose, but it felt so much like poetry that I had to express it in a different format. Thanks for putting up with my experimentation, and let me know what you think!
Please Login in order to comment!
Powered by World Anvil